The upper limit for withdrawal of BTC, BCH, LTC, BTG, BSV has been increased, with no additional verification required

The increased limits with no additional verification are applicable to WebMoney purses (WMX, WML, WMH) and instruments on the INDX Internet exchange. 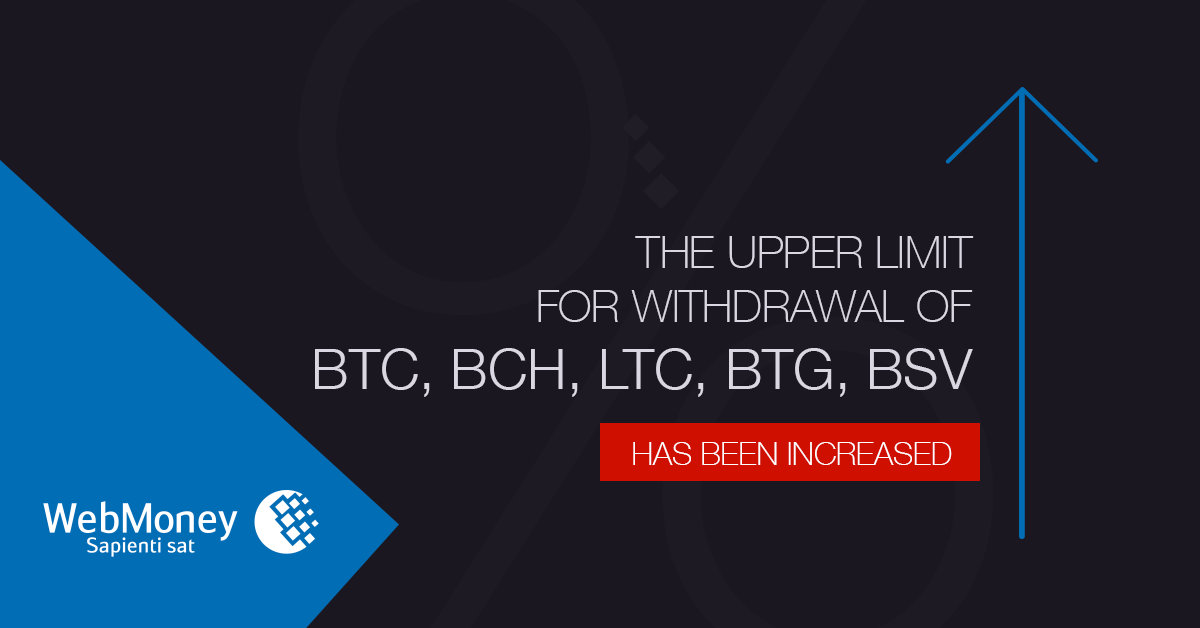 The operations of top-up and withdrawal of Bitcoin Cash have been resumed after the scheduled hard fork. Funds are credited after fifteen confirmations.

The requests submitted while the top-up and withdrawal operations were suspended are now completed, WMH and BCH.ECU have been credited according to the top-up requests and the transfers were sent to the network on the withdrawal requests.